My un-royal English muffin did it first

The royal lady biscuit gave birth to a son today. I'm kind of over Kate Middleton trying to steal my thunder. First she got married on April 29, a full day before our own anniversary (we did it six years earlier, for the record). Then, in typical royal fashion, she decided to overshadow my birthday by ensuring every July 20 will be devoted to coverage of the prince's upcoming milestone two days later. There goes my bucket list wish of the Daily Mail breathlessly reporting how I celebrate my much dreaded fortieth.

In an impulsive, non-midlife-crisis move, the day before I turned 32, I cut off all my hair.

Okay fine, not all of it. Just a foot. Enough to give any ordinary man a complex at any rate. I was inspired by a recent photo of Charline Theron. I just wish I had remembered a few important details. Namely, that I do not have the facial bone structure of Charlize Theron. 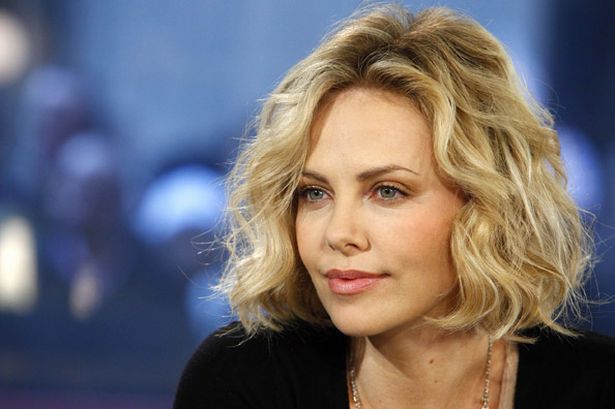 Because I only decided about three minutes before my friend chopped off two lengthy ponytails that I even wanted to do it, I decided to tweet photos of the end result to give Mr. T some advance warning. We had words. Yes, it's my hair to do with as a I choose. But considering I can't switch brands of tuna without consulting him with a full rundown and spreadsheet outlining the potential cost-savings, and confirmation at least twice that he's fine with the change, this might have caught him a bit off guard. Serves of right for wearing my pants better than me. That'll learn him.

I mailed the ponytails to Locks of Love, because I figured if I wasn't going to get enjoyment of my long hair, somebody else more deserving should. I made this same move back in my early college days, long before I ever owned a flat iron. Fortunately while I may not currently be rocking Charlize's cheekbones, at least this time around, I'm not competing with Joan Rivers and her curling iron for Best Geriatric Bob on the E! red carpet. 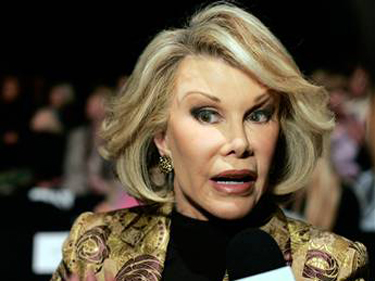 I wish I was joking.

Of course, earlier today, People reported that Emma Stone/Ms-I-saw-Ryan-Gosling-without-a-shirt-from-less-than-a-foot-away, also chopped her hair. Careful Hollywood: between Duchess Catherine's obvious need to emulate me and now this, I might mistakenly start calling myself a trendsetter and demanding my own reality show with frequent cameos from Kanye West.
Posted by Unknown at 11:08 PM