I kind of hope Arachnophobia happens so I'm right

We moved into a new house a few weeks ago which you would already know if I wasn't fulfilling my promise to randomly abandon the blog for weeks or months at a time. But if I didn't do this, you wouldn't be able to trust my word, so really, you're welcome.

Two days after we moved in, I located my dressers containing my bras so I could finally go meet the neighbours with no shame (or at least slightly less shame than if I'd gone over commando). I still haven't located one of my daughter's school projects that was lost in the transition, which I'm sure will be the day she pinpoints in future therapy sessions, as the day she just stopped trying.

As part of what I'm sure is some comeuppance for the missing project. last night as I unpacked pantry items, I found what I'm fairly confident was a maybe-dead spider with eggs in my container of spices. There's a very small chance it was a bizarre looking flake of thyme, if thyme has lots of little legs and is surrounded by white fluff. I'm not one to take chances.

Mr. T refused to react with the urgency the situation required, despite an oral contract that he handles all non-human creatures, alive or dead, found in our home (in exchange, I handle most matters that require a phone call such as booking appointments, quotes, etc). He's usually pretty good at dealing with them, including the time we discovered a massive cane spider the size of his hand lurking on the wall above our bed in Hawaii.

I probably haven't told that story here yet. It's like a horrifying little bonus for you.

When we were on vacation in Kona a couple years ago, we woke up one morning and were quietly talking in bed before the kids woke up, when suddenly Mr. T jumped out of bed like he'd been shot. He pointed at the wall above me head, where there was a spider the size of his hand. 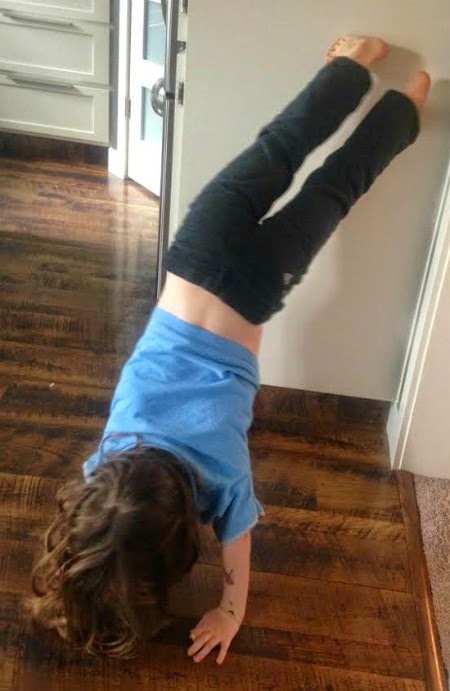 I was obviously not going to google an image of a cane spider, so here's my daughter, doing her best impression of one lurking on a wall

We panicked as quietly as possible. He grabbed a broom from the hall closet and told me to get ready with the patio door as he was going to sweep it off the wall and out the door. It was a well-thought out plan. We just hadn't accounted for the spider falling onto the handle of the broom and immediately running up the handle toward Mr. T's hand. He freaked out and threw the broom out the door as hard as he could, except the spider fell off the handle onto the floor. So now we had a spider and no broom. Mr. T grabbed the dustpan and used it to scoop up the spider, throw it and the dustpan onto the patio and slam the door. Neither of us was going out to retrive the broom or the dustpan so we left it out there for the cleaning staff to find.

When we recounted the story to one of the front desk staff later, as I inquired about whether we could hire a permanent staff member to guard and sweep our condo for the rest of our stay (which he seemed to think was a joke), he informed us it was a harmless cane spider and they "just like to chase people a bit." So it's harmless, but a vindictive little son of a bitch. That made me sleep much better.

The point is, I book yearly check-ups, Mr. T eradicates spiders. That's the deal and it's been working just fine for us for almost 10 years now.

Except last night, he did not jump to my rescue and treat it with the urgency the situation required. He simply told me to "just flush it."

Look, I saw Arachnophobia** against my better judgement when I was a teenager. I don't remember the exact plot, but I'm pretty sure it all started with a husband's vague dismissal. I'm also pretty sure that the spiders were like one of those t-shirts that comes in a little cube and grows to a full-size shirt when you put it in water, so flushing it seemed like a really bad idea. 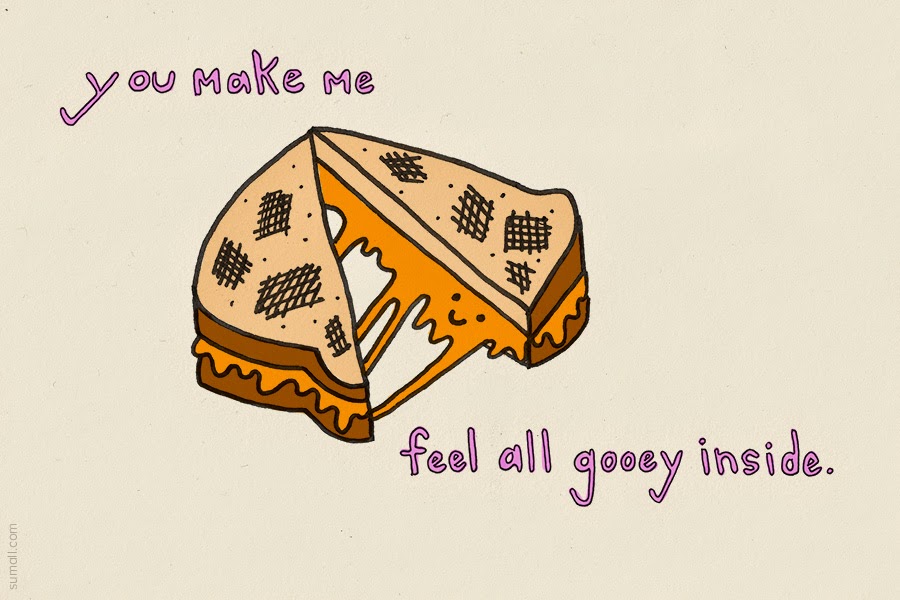 You know what else is probably all gooey inside? Spiders.

I did it anyway, because I had nowhere else to put a maybe-dead maybe-spider. It didn't go down with the first flush and then I'm pretty sure I saw it flailing and moving, which indicates an alarming level of tenacity for a drowning spider I wasn't even initially sure was alive. Then I washed out the container and any lingering eggs containing maybe-babies with dish soap. I also rinsed a container of Kraft Calorie-Wise Ranch right afterward for added reassurance because the internet is always telling me that kind of chemical crap will kill me, so I was hoping the same applies to insects. Or maybe soybean oil is what will cause those eggs to multiply in our drain and come for us in our sleep.

At any rate, this post is insurance if that happens, because if I'm dead or carried off into the night (I also saw Harry Potter and the Chamber of Secrets), I don't know if the spider colony will have Wi-Fi and I won't be able to say "I told you so." So please, make that's printed on my headstone when Mr. T and I are buried next to each other.

The eternal reminder that sometimes you should really just LISTEN TO YOUR WIFE.

**Don't even google arachnophobia to make sure it's spelled correctly. There's a mistake you'll only make once.