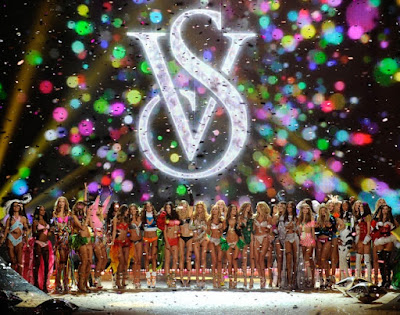 I'm just messing with you. The success of Victoria's Secret lies in their ability to make the average woman part with an obscene amount of money for the sole purpose of looking nothing like Adriana Lima in a bra.

This is my favourite time of year, as the predictable signs of the season begin to appear: the Advent candles set up at church, the parking lot of my local Walmart suddenly resembling e an episode of Game of Thrones, and the bombardment of photos of the VS Angels prepping for the annual fashion show on the celebrity sites I frequent.

No one is forcing me to watch, but it's like a train wreck, if train wrecks wore a 36DD, had a 25-inch waist and Gigi Hadid's face. For good measure, the company always ensures  the show includes the participation a model who's given birth in the past four months to make those of us who are a few years postpartum feel especially shamefaced.

**Note to the models who claim the weight just fell off by breastfeeding: The millions of  women who have also given birth are not stupid. I breastfed two babies. Nursing means babies are nourished by milk your body produces. They are not tiny little liposuction machines that suck fat exclusively from your midsection to reveal defined abs underneath, unless a liposuction machine also pukes in your hair.
.
Without a doubt, my absolute favourite part of the annual broadcast is the cautionary message at the end of each commercial break, claiming that watching Candice Swanepoel parade around in a g-string may be harmful to my child. I propose this year they finally add the following:

Warning: The following broadcast may be detrimental to the emotional and mental well-being of any woman who has had children and/or likes ice cream. Self-loathing may occur. Husband/partner discretion is strongly advised.

The one truth I've gained from years of watching the show is that everyone would look and feel better if they had a wind machine follow them around while waiting in line at Starbucks or picking up their kids from school. Every time I visit Costco, I take a minute and stand at the entrance of the big dairy refrigerator, which produces roughly the same effect except I get some weird looks, and other shoppers rarely cheer me on or ask me about my workout regimen. It's insulting, really. 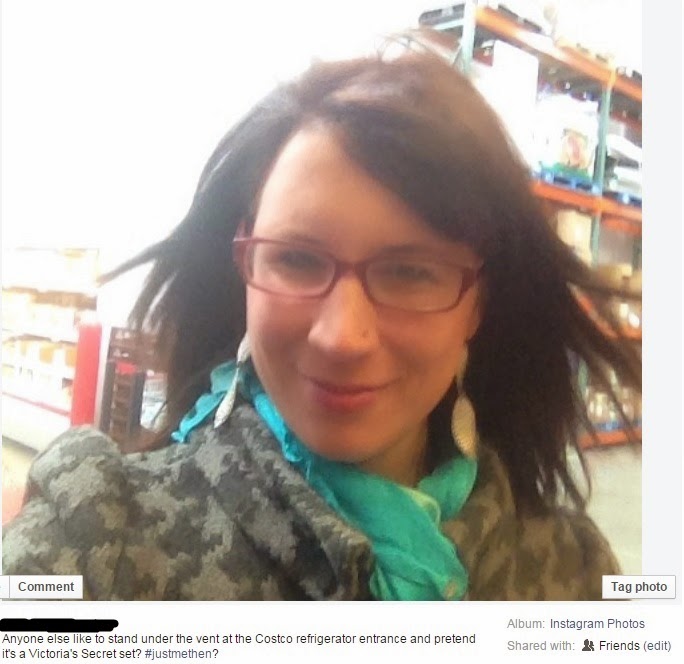 I have never been able to determine if the target audience of this show is actually women who are filled with regret for the Halloween candy rejects and bottle of wine they inhale while watching, or men who want to pretend their girlfriends or wives could really look like Alessandra Ambrosio in a push-up.

From the preview photos, it seems the show will include a pants-less ski bunny, which is totally how I'm secretly dressed when I'm parked in the school pick-up line. I might finally relate to a Victoria's Secret angel when one walks the runway in an inside-out t-shirt, fighting a much smaller angel for the last sip of flat Coke Zero. If it's my girlfriends and I you want to attract Victoria's Secret and CBS, I suggest a cage match featuring Kendall Jenner and Bella Hadid battling for a brownie and a mojito. We would turn out in spades to see that.

But until they decide to listen to the viewers, here's a drinking game to get you through the broadcast (please sip slowly - I don't want hate tweets if you pass out before the first commercial break).

One swig per:
* Scant Santa outfit
* Each behind-the-scenes shot, trying to convince you the Angels eat real food like the rest of us
* Fur-trimmed bra or thong. Bonus sip if think to yourself, "I would totally wear that under my leggings."
* Kiss blown to the audience/camera.

One shot for:
* Any pair of wings that would fit through a standard door frame
* Any costumes interpreting the American Flag. An extra one if you can actually hear George Washington turn in his grave.

One full drink if you make it through the entire show without googling or pinning any type of new core workout or cleanse.
Posted by Unknown at 9:15 AM