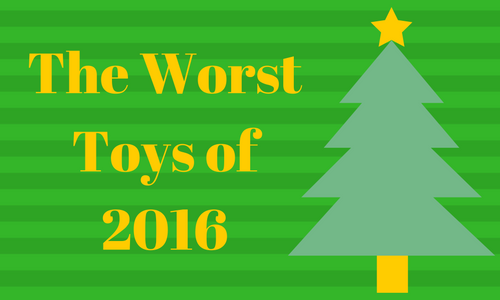 Behold, my annual list of the five toys that will wreck your life in various ways this Christmas. And since gold-statue season is just around the corner, I even assigned them their very own categories specific to the nature of hell they create.

The Most Over-Hyped Toy of the Year Award 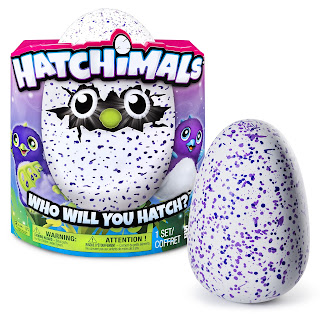 Imagine you're willing to pay $55 for your child to watch the spawn of Satan hatch from a brightly coloured egg and you've got the toy at the centre of this year's must-have craze. Hatchimals continue the grand tradition of waiting in line for hours, vicious toy store aisle brawls and grossly overpaying on eBay – $200 is the average going rate – out of pure desperation, All for what ends up being essentially a glorified Furby with glowing eyes that was probably forged in the seventh circle of hell with Tickle Me Elmo.

Each doll comes with a little bio, like Lea, a girl who "dives in to new adventures and explores what's in her heart," or Emerson, who loves the spotlight, original dance routines and drinking before noon. Really though, they should market little Kendall honestly - she loves drawing and inventing, and is the reason your parents can no longer afford to contribute to your college savings fund.

Most dolls in Canada are priced around $140 not including any of the never-ending accessories. Splurge on those and your kid's toy will be better dressed and equipped than you are. Forty-six dollars is more than I'm willing to spend on a Christmas dress for the child that shared my body for nine months, let alone one of her toys (if she had any interest in dolls). I legit laughed out loud at the idea of paying $200 for Maryellen's Refrigerator and Food Set when the life-size working one  in my kitchen that preserves ACTUAL FOOD FOR MY FAMILY is currently broken in places and patched up with packing tape. 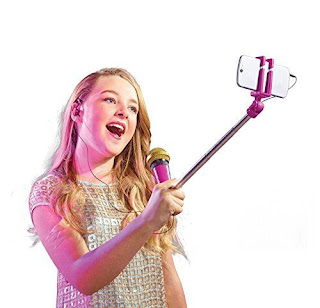 Disclaimer: I unashamedly own a selfie stick. Their reputation as being something only used by the self-obsessed isn't totally fair, as they come in handy while traveling and hiking in scenic locations when even my orangutan arms aren't long enough capture the landscape behind me.

That admission out of the way, Red Planet has taken this mostly-harmless trendy accessory and brought it to unexpected heights of obnoxiousness by adding a microphone. Now instead of honouring the selfie stick's original, pure purpose of fitting large groups of friends or the mountains into a shot, your kid can record their own music videos in preparation of their future audition for America's Next Forgettable Karaoke Star Unless You're Carrie Underwood Which Let's Be Honest You Probably Aren't. 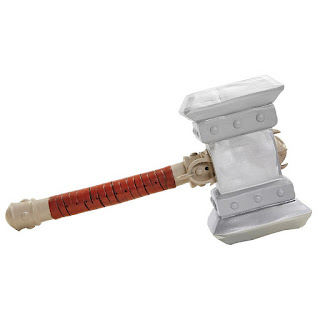 Parent safety groups are apparently annoyed with the lack of warnings for potential injury on the toy's packaging.

Let me provide one for anyone who can't play out the possible scenarios for themselves: I've been on the receiving end of the kind of damage a four-year old is capable of when wielding a pencil crayon. If you voluntarily bring or allow something called a Doomhammer into your home and give it to a six-year old, you probably deserve that concussion. 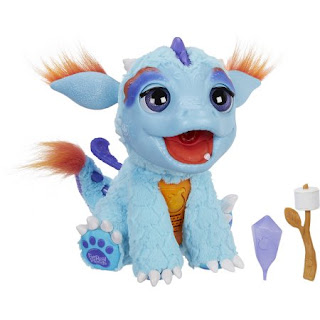 Don't let that sweet, seemingly harmless face fool you. The product description says the Blazin' Dragon responds with over 50 sound and motion combinations, which they may as well change to say it features 50 ways to annoy the shit out of you. Oh, and it breathes a flame-coloured mist.

If my kids want a fire-breathing creature on Christmas morning, they know they can ask me questions about PJ Masks before I've had my first cup of coffee. For free.
Posted by Unknown at 1:38 PM 5 comments: